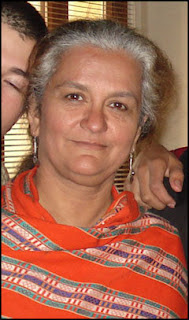 In our Benaulim Goa hotel, a small Indian woman called to me across the court yard. I looked up and she hurriedly came over to say to me: "You know, I have been looking at you, and you have very excellent features!". I said "why thank you, no one has ever said that to me before".

"Well, they cannot have been looking properly. I have been studying your face, and you have very excellent features. You must have been very beautiful when you were young!". She was beaming.

I thanked her and she hurried off. 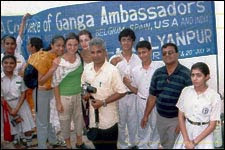 In my last few days in Goa ( I am in Delhi now ) I was uplifted to see some really good coverage in the national newspaper, as well as places of the environmental crisis that India is facing. There are two magazines worth reading that I know of, and probably many more: Hard News (hardnews.com) and Himal Mag (himalmag.com). India's challenges, environmental, human rights, law & order, etc. are all concisely and squarely faced. The national newspaper had a huge spread last week covering success stories of people who were fed up with the politicians, and cleaned up rivers all by themselves, and started mini revolutions of people taking action. I also met an American couple who are living in Varanasi for a year. She's a writer and he's a professor of Hindu religion. I don't have his last name handy, but David wrote a book : A River of Love in an Age of Pollution. In it he traveled the country and among other things interviewed river activists. He made a friend in Kanpur, my home town, and this fellow, Rakesh, pictured above, has given up his personal life and career to clean up Kanpur. More on him at www.ecofriends.org. I plan to follow and support the Kanpur cleanup. I had read in a November Time magazine report that Kanpur was among the ten most polluted cities in the world. This man has taken on factories, the city, but in a positive and motivating way. He has personally hauled out bodies from the Ganges to give them a proper funeral. A Sikh man in the north got so fed up waiting for politicians, that at a meeting he personally jumped into the water and starting hauling out garbage. That has now become a legend, motivating thousands, and they now have a pristine river. Good news.

Here we are on the beach in Goa, trying to do some vanilla flavoured R&R by the sea, before heading up for the journey home which starts January 26th from New Delhi, via Dubai and Zurich, and ends up at home January 30/31st. Goa is not like India. It's a different place, an expensive Guatemala or perhaps a Jamaica without the music. I have avoided getting excited about inequities or bizarre prices, because it's not good for my health or Zaman and Bashu's enjoyment, but it can be aggravating. A 2 km ride on an autorickshaw, bargained down from Rs 100 is Rs 65. In Delhi, supposedly expensive, a 20 kms ride is Rs 100 in a real taxi, and Rs 75 in an autorickshaw. Kian and Mehdi are in Sri Lanka, and claim it is totally laid back and completely different. We have met a great American Quaker homeschooling family, dedicated and working for peace in the world. We had many common experiences in India, and so it was good not to feel alone. Also, at errol.ca, you can see the blog of a Canadian man, of Indian origin, but born and brought up in Edmonton, wherein he copes with his experience of India.

India has been difficult for me this time around. I have tried to fall in love again, but it didn't happen. I don't suppose it ever happens, with countries or with people, when we "try". I felt obliged to try, because I was in love with it before, and because it is the place of my emotional roots. That place of my childhood lives in my heart now as an emotional abstraction, an imaginary number, such as the square root of negative one.
India is racing towards something, I know not what. Various claims to superpowerdom, economic booms, world class competitive edges, all fall flat and sound like so much hype orchestrated by a few, for a few. The benefits of such growth are largely for a few, living it up in posh flats in city centres, and five star resorts in Goa and other beaches. The cost of such growth is borne by every poor child for the next 50 years, in the form of mind boggling air, water and earth pollution, and staggering poverty. India's rich history of architecture, religion, intellect, music, art, mathematics, spirituality, multiculturalism, all mean nothing, as they are eclipsed by the one main system of belief that money is God. Money is the one most important item of worship. This is of course true everywhere, but only India has temples, mosques and altars every 20 meters, adulating everything from Christ (in Goa) to Shiva, Kali, Islam and so many more. Only India has the fantastically profound and explicit philosophy of transcending materialism. Philosophically, theoretically. Not in practice.
The Taj Mahal lays like a humongous breathtaking jewel, in a city of unbelievable dirt, pollution, chaos, and open sewers. I would trade all the monuments and buildings of India, all the gold and jewels of India, transport them away, in exchange for an ecologically sustainable economy where every human being had enough food, shelter, education and protection from abuse: verbal, physical, emotional, mental, and sexual abuse. An India where there is breathable air, recycling, clean water and land enough to grow pure food for everyone, locally.
The pollution that I have been objecting to stridently in my postings, is a metaphor for the incredible neglect that I have seen human beings have for one another here. If we cannot respect each other, there is little chance that we can respect our earth. While there is a huge amount of love and attachment to children in families, I have seen them by in large be treated with disrespect: hit gratuitously, yelled at, pushed aside, laughed at, scorned, in the community by strangers, but also within families by parents and grandparents. The archaic education systems condemns them to days of rote learning and horrendous fear-mongering by teachers ready to physically punish with a ruler and ridicule the child in front of everyone. This is terrorism. 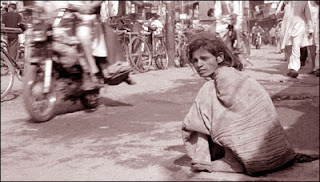 The humiliation and trauma are not consciously inflicted, but that is the result. It is just the way things are. No one seems to think that there is a discrepancy between loving your child and ignoring their psychic pain. And so it is with animals, spouses, and the earth, all treated with equal amounts of insensitivity. As many of my Indian friends have said, it is a disconnect that happens when you are thrust unceremoniously from village to city, in search of wage work, robbed of your land by a feudal mafioso that rapes and tortures you if you object. This is all compounded by living under colonialism for hundreds of years: the Moghuls, the British, and now globalization; self esteem is so low it's hard to measure.
Who's got time to do anything but survive? I get that it is a priority to make it through each day for the vast majority of people here.
This is not about comparing India with Canada. I can list what ails Canada easily. This is about my experience here. There is no race for first place, or last place.
My India is a big wounded, bleeding family with open sores. It hurts. It really hurts. It hurts so much I want to run away to wallow in my own brand of soma: Life in Canada.
Yes, there is "resilience" amongst my people. Yes, there is tenacity, Yes, there are thousands of dedicated intelligent people working to change things in India. Yes, there is hope. Some hope.
I just hope that the big change comes before too many people, animals and the environment have suffered unnecessarily and die horrible deaths.
KaliYuga can't finish soon enough for me. Come on, the new age. Come on, the big change. Come now. My door is open, and I will gladly be your handmaid, your coolie. 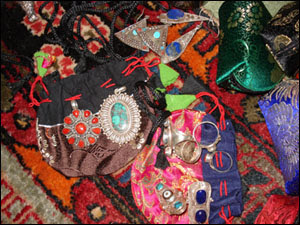 We have covered so much of India since the last time I wrote. It's really hard to keep up as there is so much to process. We have been to Agra to see the Taj Mahal, Khajuraho to see the erotic temples, and meet up with old friends, Delhi to visit with Manzil House, an alternative school, where Mehdi worked a little with some of the students, and then Mehdi went to Sri Lanka with Kian on January 11th. Ryan, Zaman, Bashu and myself went off to Rajasthan and visited with the only homeschooling family I know in India, in Udaipur City, and that was a blast. Aside from being tourists, we participated in the cooking and music at Shiksantar, an alternative learning center started by Manish Jain and Vidhi Bandhari, with whom we were staying. I gave a bellydancing workshop, which was prematurely ended due to the electricity being cut off. But also, we had a meetup with about 30 people, to discuss homeschooling. From Udaipur to Jaipur for a day on January 13th, and then on the 14th, I saw Ryan off to Europe.... this left me and the boys with one more day in Delhi, and then we flew off to have a vacation within a vacation, in Benaulin, Goa. Goa is to India, as Hawaii is to the USA. It's beaches, relaxation and a good book.
I have so much to process. I have met so many great people in India, who are working very hard to effect real change in India. I have met so many people who are sad, or lonely, or frustrated with the way things are, and feel helpless. I have been the recipient of so much generosity from so many people, while at the same time being the target of a thousand ripoff artists, due to my inherent touristness. There is much to write about.......... when I get home. :-)
# posted by Anita @ 8:14 a.m. 3 comments